The age of heroes is upon us 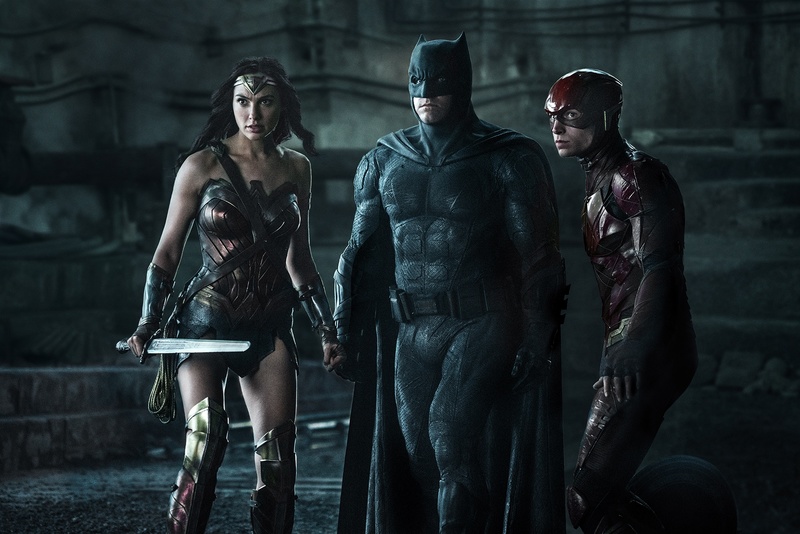 Zach Snyder’s Justice League gathers together the old and the new superheroes to save the world, and on some level, the future of the DC cinematic universe. Even though Batman and his buddies manage to save the world from an overdose of CGI supervillains, they fail to capture the audience’s hearts. Justice League falls short of expectation by trying to back out of the disaster that was Snyder’s previous movies in the DC cinematic universe a bit too hastily.

On a DC cinematic universe (DCU) landscape, Justice League does look like a shining beacon. But, after the lackluster performance of Batman vs. Superman, the expectation wasn’t too high either. Introducing three new superheroes in the universe was quite a challenge, and as the shortest movie in DCU, Justice League failed to do them justice by giving them too little exposure and screen time.

The best part in this star-studded film is definitely the acting of those stars — and the absolute best among them is Ezra Miller’s Flash. With every joke, grunt, or grimace, Ezra Miller makes the movie come alive. Some of his boyish charm distinctly reminds us of Tom Holland’s Spiderman. But, he contrasts the rest of the cast by being the only actor who doesn’t look like he’s going to a funeral for at least half the movie. Ray Fisher as Cyborg also shows promise. Especially in his graveyard scene with Ezra Miller, we get a glimpse of what he could be if he can move past his angsty phase. It’s a classic case of good actor paired up with mediocre writing, and I applaud Fisher for making the most of what he got. Jason Momoa as Aquaman, on the other hand, stays as Dothraki as he is a merman. His portrayal of Aquaman as the surly, tattooed muscleman is half sarcasm and half alcohol. And yet, his fight scenes lack the same panache — without them, he looks like a strongman who wields a pike and talks to fish. The only time in the movie when he truly shines comes in a rare moment of honesty thanks to Wonder Woman’s lasso, but that also feels oddly out of place with the little exposure he gets. Overall, all three of the new heroes would have benefitted from having more screen time to develop their backstory, and that’s really hard to do when the movie is trying to squeeze so much in 119 minutes.

Though Zach Snyder had to stop directing Justice League last March due to his daughter’s death, his signs throughout the movie are unmistakable. The opening scene, with Sigrid’s rendition of “Everybody Knows” by Leonard Cohen, evokes memories of the unforgettable opening scene from Snyder’s Watchmen. Following the death of Superman in BvS, his exploration of a “god is dead” theme in Justice League is definitely intriguing. In Snyder’s absence, Joss Whedon did try to liven up the movie by sprinkling in a few more jokes, but even those fell short of the intended result and only served as a reminder of why DC is not Marvel.

The overly CGI’d antagonist, Steppenwolf, is definitely another weak point in the movie. He doesn’t get to develop his motivation enough; or rather, his motivation is simplified to the point that it doesn’t need development. That choice weakens the tension, and although the world really looks on the verge of destruction, the focus stays too long on the league of heroes for the audience to truly feel what’s at stake.

If you are looking for drama and acting like the Dark Knight trilogy, my recommendation would be to not visit the theaters for Justice League. But otherwise, you should take your weekend to enjoy the jokes Whedon sets up, the noir-era Batman Ben Affleck plays, the skits Ezra Miller’s Flash brilliantly portrays, and finally, the attempt that the DC cinematic universe makes to reinvent their image.