What is the acceptable amount of blood for good literature? 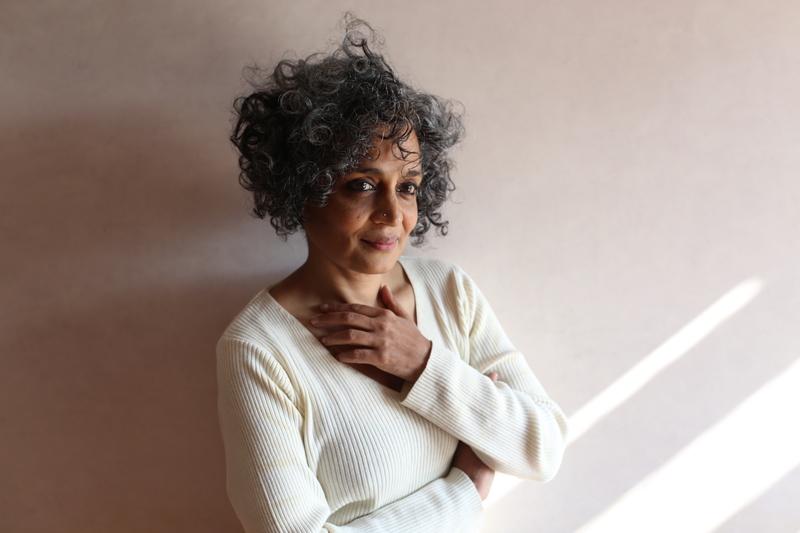 Please be advised that this book contains necessary descriptions of violence, some of which has been paraphrased in this article.

Since the publication of God of Small Things nearly twenty years ago, critics and fans have been waiting for the next big thing that Arundhati Roy comes up with. With Ministry of Utmost Happiness, Arundhati Roy makes the wait worthwhile by boiling down her activist life down to 449 pages and bringing her full literary wrath upon the world’s biggest democracy.

The book starts in a queer way — with stories of hijras (transgender female) from the megacity of Delhi. We see the world through Anjum’s eyes, who thinks that by some unintentional oversight or a cruel joke of God, she was born into the world as androgynous. Through her eyes, not only do we see the status of transgender people in India, but we also gain additional insights into the lives of the minority of the minorities through her insistence on being Muslim. Even after the many tortures inflicted upon her, when she starts to lead Khwabgah, or House of Dreams, we get the clear message Roy is sending out: this book isn’t going to be just a tale of sorrow. It’s going to be a show of unbounded optimism, the type which lets Roy continue her activism in the face of opposition from her government and countrymen.

The story of Anjum and the ragtag group of “throwaways” that she gathers does give a wrong message to the readers, though. The book is only partially about them. Before the reader can notice, she slips into the seemingly unrelated story of an eccentric quadrangle romance, involving an intelligence officer, a revolutionary “terrorist” and a corrupt journalist, all surrounding an even more unorthodox woman, Tilo. Tilo reminds us of Roy herself, but it’s better to reserve judgements like that without knowing the full mystery or the story of her life. This quadrangle of misshapen romance spans more than 30 years and includes the most contentious border conflict in South Asian history — Kashmir.

Now, writing anything about Kashmir is tricky, because whatever you write can bring the wrath of a billion people upon you. But Roy, honestly, doesn’t care. She dives right into the middle of a long running conflict to tell stories that sound so nightmarish we have no choice but to believe them. And in telling these stories, Roy doesn’t hold back; this book has everything, from the insides of a torture cell to the pattern a child’s blood makes after being shot in the head while in her mother’s lap. And this violence was unavoidable in writing the stories she wanted to write, to show what she wanted to show. This book is absolutely fantastic just because of the way it will mess with your brain. After reading this book, you will wonder how you can live the way you live when there’s so much wrong in the world. It’s caring for others, the ones we don’t even know, that makes us human. Roy pinches us right in our humanity and gives it a painful twist in an attempt to wake it up.

If you have read God of Small Things, you will be familiar with Roy’s peculiar ways — how her words come together and start creating patterns almost nonchalantly and almost creates a life of its own. It’s fully present in this book as well, but this time it’s present in a larger scale too. Inside her novel, she writes a bunch of short stories, all relating to Kashmir and each depicting a different but significant piece of irony or injustice in the world.

Despite Roy’s immense political knowledge, I have contention with her depiction of some facts in the book. For example, she mentions India “liberating” Bangladesh in the 1971 war against Pakistan; in truth, India only fought for 14 days in the nine-month-long war. This is especially important because this book would be the only exposure to world politics that many people would get. So, even a small misinformation can have severe consequences.

Overall, Ministry of Utmost Happiness juxtaposes florid prose with a harsh reality — and what comes out is an unputdownable that packs a heavy punch. If you do choose to read it, I can almost guarantee you — this will be a book that you will remember for a long while.