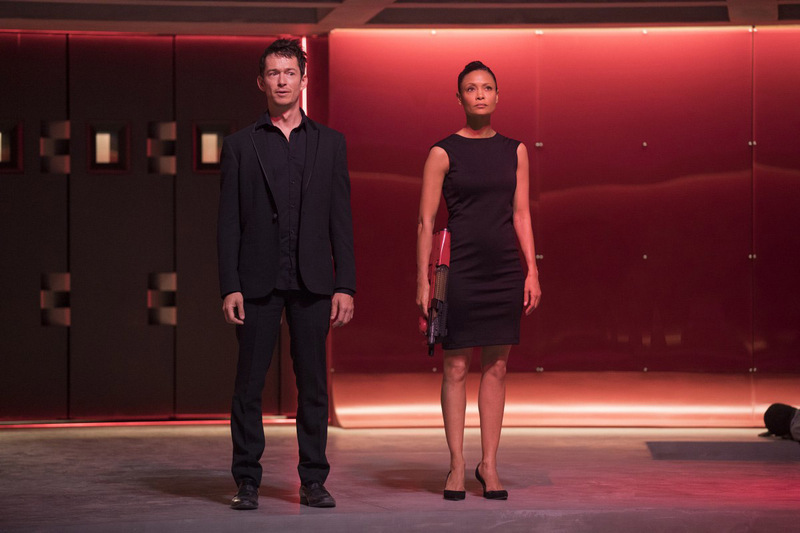 [This review contains spoilers from Westworld season one. If you haven’t watched it yet, proceed with caution.]

That which is irreplaceable. Westworld’s season two starts as a search for answers, both for the characters within the show and for the audience. The fun and games of the Wild West-themed amusement park are gone, and the android hosts now wander, sneaking in and breaking out of their world. Within this madness, if you feel like the beginning of the new season poses more questions than it answers, you are not alone.

The last time Westworld aired on TV, it was 2016, Obama was still at White House, and Senior Haus was still a dorm. So, just as a little reminder, Westworld is a sci-fi and western TV show taking place in a fictional themed amusement park where the rich patrons can do as they please without fearing retaliation from the android “hosts.” The story centers around the creators of the park, Robert Ford (Anthony Hopkins) and Bernard Lowe (Jeffrey Wright), and Roberd and Bernard’s creations: Dolores (Evan Rachel Wood), Maeve (Thandie Newton), and some of the patrons of the park, including the Man in Black (Ed Harris). Last season, it starts off as a linear storyline portraying the violence of the human guests against the android hosts. But then, the story takes a full turn, revealing two timelines and ending in an android uprising that throws the whole park into anarchy.

The new season starts with a sole focus on Bernard and Maeve, who appear more in this episode than the leader behind the turmoil, Dolores. Bernard and Maeve are both trying to breach the walls of this world-within-a-world but from different directions. Their journeys seem like mirror images where they search for companions within this journey while fending off the “others” so prone to killing them. This makes up most of the tension in this episode. It’s not boring by any stretch, but it’s also not so dependent on plot twists like the first season of this series.

Perhaps that is a good thing. Like the other HBO series Game of Thrones, Westworld finally seems to address the issues of power and politics. Last season’s puzzling approach now gets seated side-by-side with the more nuanced questions about the humanity of artificial beings. I found myself constantly losing track of the line between who the “real” humans are, and I enjoyed having this blurry dichotomy more than that of the first season.

If you watched the first season, chances are you are going to watch the second season of Westworld whether I recommend it or not. Even then, I would recommend watching it, especially during some period when you can think about the serious questions Westworld is trying to pose.

Westworld is available on HBO Go and HBO Now.