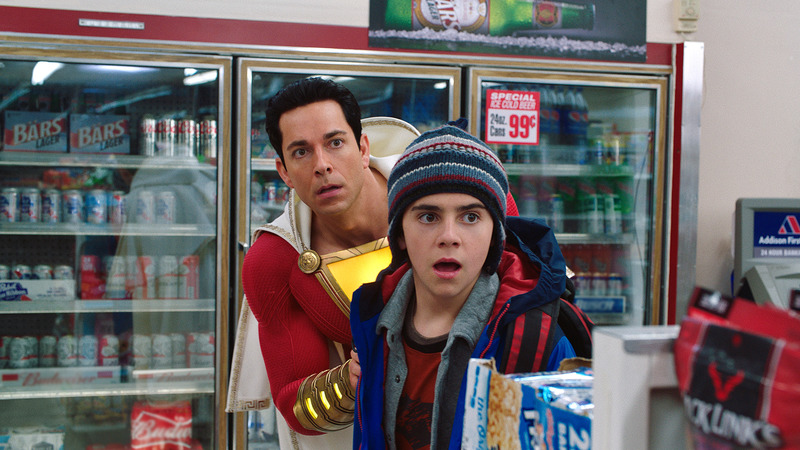 The first superhero movie I remember watching was the Spiderman trilogy by Sam Raimi, starring Tobey Maguire as the eponymous character. The then-six-year-old me still remembers the goofy dances, the melodramatic romances, and the thrill of watching Spiderman fight off Green Goblin over a New York street fair. It seemed like the most that were at risk for Spiderman was Mary Jane’s hand and perhaps an unsuspecting bystander’s life as a buttress nearly fell on him.

Since then, the genre of superhero movies has been overhauled. Since Iron Man, Marvel Cinematic Universe has birthed many blockbusters, and DC Movies has not fallen that far behind. But with the rise in popularity, the stakes in those movies also went up. Nowadays, anything short of a genocidal maniac or a couple threatened planets are the territory of small-time bad guys. Add to that a complex web of movies, and you may sometimes almost wish for a simpler story as was told by Sam Raimi back in the ’00s.

That’s exactly the gap Shazam! is here to fill. The protagonist, Billy Batson (Asher Angel), is a 14-year-old, and so is his sidekick Freddy Freeman (Jack Dylan Grazer). When Billy Batson gains his superpowers, he becomes the superhero Shazam, but he suddenly gains an adult body (played by Zachary Levi). Despite his new adult form, to Billy and Freddy, good and evil is still a black-and-white picture. The lack of mental burden from the moral questions continuously posed by superhero movies today is a refreshing change, something that couldn’t have come any sooner. Shazam! is an origin story unladen by any additional philosophical undertones or a credo that is so important today to run a continuous movie franchise. If for nothing else, I welcome Shazam! into the club of significant milestones for DC movies. David Sandberg showed how to make a fun movie within the superhero genre without littering the information space with more questions borrowed from armchair philosophers to add an extra twist or intrigue.

The Shazam! team also deserves major applause in the casting: the mixed-racial gang of foster kids making up Billy’s family would give almost everyone a character to identify with. Without any major spoilers, I can confidently say that the big part they play in developing the storyline proves their role to be bigger than the typical “token minority” casting that Hollywood is so infamous for. Asher Angel and Zachary Levi as the Billy Batson and Shazam duo also pull off their respective characters quite well. Both Billy’s fears and hopes are well portrayed by Levi in Shazam’s character.

There were a few unfortunate missteps made by Shazam!, including the casting of Mark Strong (Lord Blackwood in Sherlock Holmes: The Game of Shadows or Merlin in the Kingsmen franchise) as the antagonist. I don’t believe DC could have found a more run-of-the-mill antagonist even if they tried, and his bland performance weighs down what could have been an otherwise amazing movie. Like its predecessor Venom, Shazam! also relies too much on CGI to unconvincingly portray the important characters. The soundtrack isn’t memorable, either. Even in DC movies which failed to be cinematic masterpieces (I’m looking at you, Batman Vs. Superman), the score birthed spellbinding leitmotifs; think Is She With you? by Hans Zimmer. But in recent times, both Aquaman and Shazam! give me the impression that this is one area where DC Movies is just not trying hard enough.

I know that as soon as Avengers: Endgame comes out in a month, everyone will forget all about Shazam!. But, before that happens, I recommend you take your friends or your family and step into a movie theater to enjoy the unblemished joy that is Shazam!. Perhaps, once again you will remember what it felt like to watch superhero movies without feeling the pressing need to remember the details of fourteen other storylines, or experiencing the all-consuming dread of being in the center of a half-dead or dying universe.